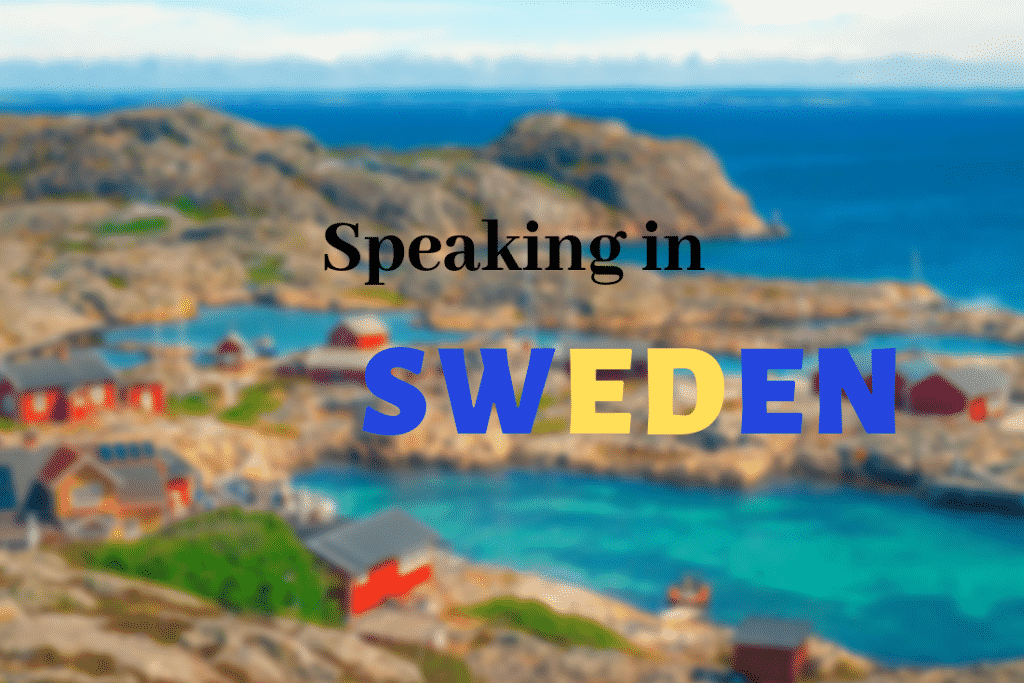 What exactly does Abba, IKEA and Pippi Longstocking all have in common besides being from sweden? All three are huge successes worldwide and hold a place in Scandinavian culture. Sweden as a country is excellent at exporting ideas and people but how well are they doing internally?

If you plan on going to Sweden for a speaking gig, then do not be scared of the size, as most of the big Swedish cities are in the southern part of Sweden.

Sweden is a sparsely populated country, characterized by its long coastline, extensive forests and numerous lakes. It is one of the world's northernmost countries. Sweden is beautiful - just like its people, who during the past 40 years have been portrayed in popular culture as some of the most beautiful people on earth.

Along Sweden's coastline, you'll find thousands of small islands, with the capital of Sweden, Stockholm, spanning over 14 different islands. These 14 islands house a population of almost one million Swedes and more than 50 bridges. In total there is around 10 million Swedes in the entire country. We don't know the exact amount of bridges.

This article is created using data from our report on Fee levels - or Subscribe to Speakersloft, to get all the speaker insights you need.

Read on to learn about public speaking in Sweden:

What Sweden lacks in payment, they make up for in excellent English skills as they have the best non-native English in the world according to the English Proficiency Index EF.

Sweden pays far better than Denmark and The Netherlands, but to be fair - everyone does.
France and Germany pay more, but the competition is also higher. 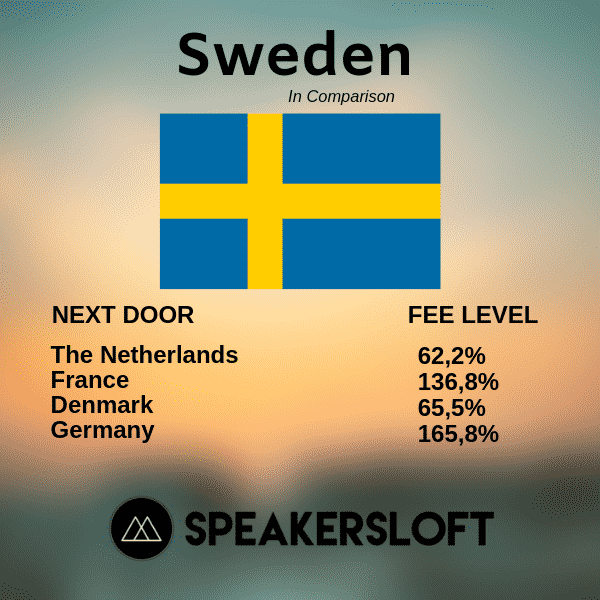 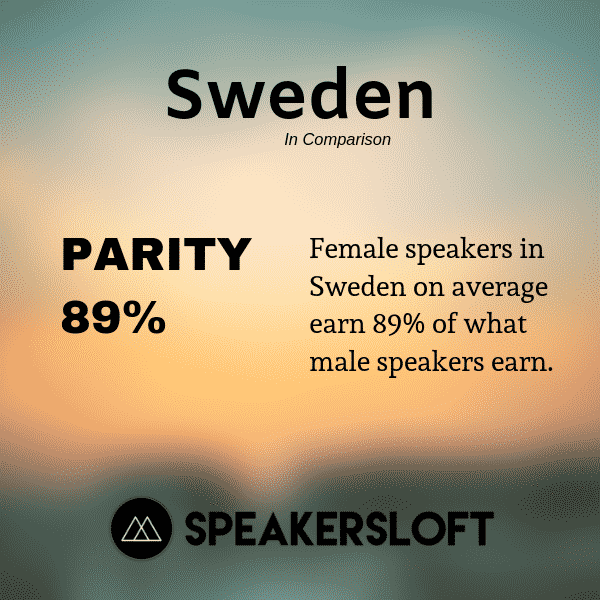 The gender gap in Sweden and Northern Europe, in general, is significantly lower than most other European countries.

Equality is a critical word in Sweden; it is therefore no surprise to see balanced and equal paying topics.
Compared to the rest of the world, Sweden has some, if not the, smallest gap in fee levels across topics.

Business speakers, while the highest earning speakers in Sweden, they are still $1000 below the lowest paying topic in America.  You can read more about that right here. 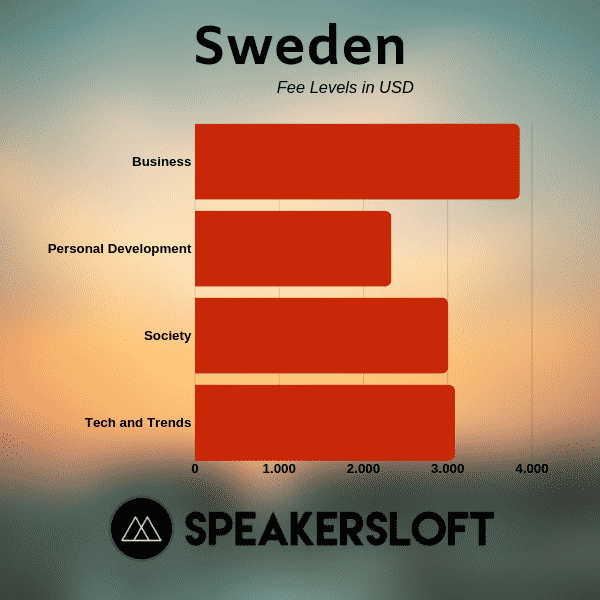 If you want more about speaking in Sweden, we suggest you follow David J.P. Phillips of Speakerrating.com or join our Linkedin-group for professional speakers. You can find that group right here.

No results have been returned for your Query. Please edit the query for content to display.