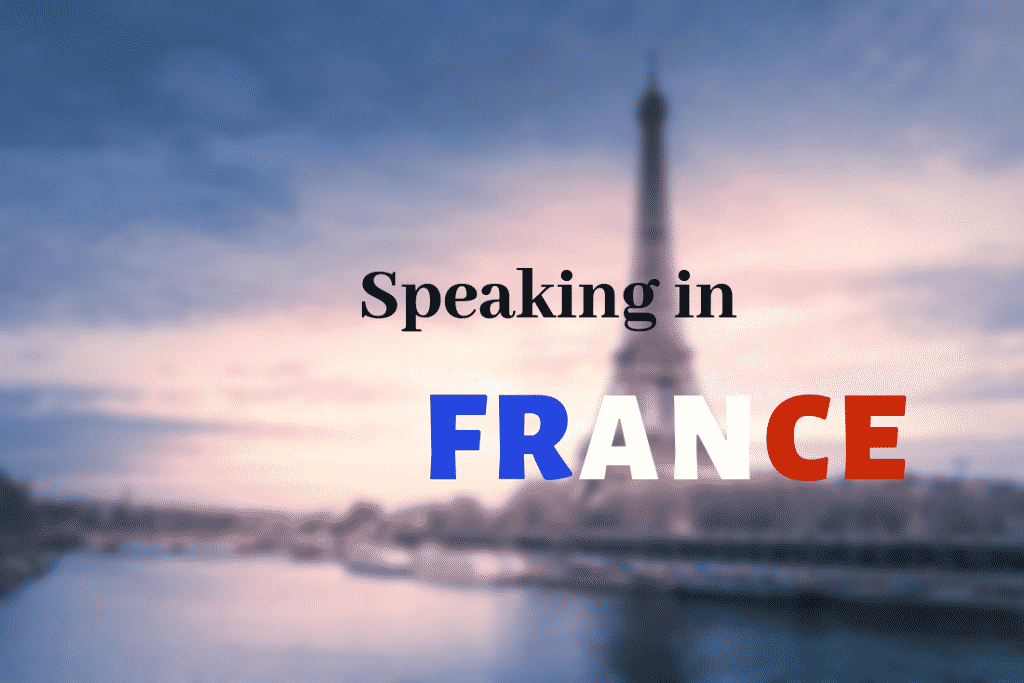 If you google "The city of love" you'll be directed towards lovely Paris and it's many attractions. They don't tell you about public speaking in France.

Whether it's a picnic under the Eiffel Tower, a lovely art museum or a beautiful stroll down to Sacré-Cœur. All of this can be found in the streets of Paris after your speaking gig. While there are many things to enjoy we should focus on the thing you need to know about public speaking in France.

While Paris is the Capital of France, it only houses approximately three percent of the French population. The rest of the French community is spread out over the third biggest country of Europe. (If you include Russia - if not, then it's the second biggest)

Major urban centers include Marseille, Lyon, Toulouse and Nice. These all have big markets for speaking, while also looking fantastic. If you are doing a european speaking tour, then you should go to France whether or not you speak there. But talking of public speaking in France, here is the data:

Compared to the neighbors

France is not only the third biggest country in europe, it is also the third-best paying. Only surpassed by Germany and the UK, France makes for an excellent speaking experience.

Just 1 in 5 French people speaks English fluently. They've got the lowest English Proficiency of any EU member state country and rank 35th out of all countries in Europe. This could indicate some problems if you intend to stay in France for longer - so keep that in mind. 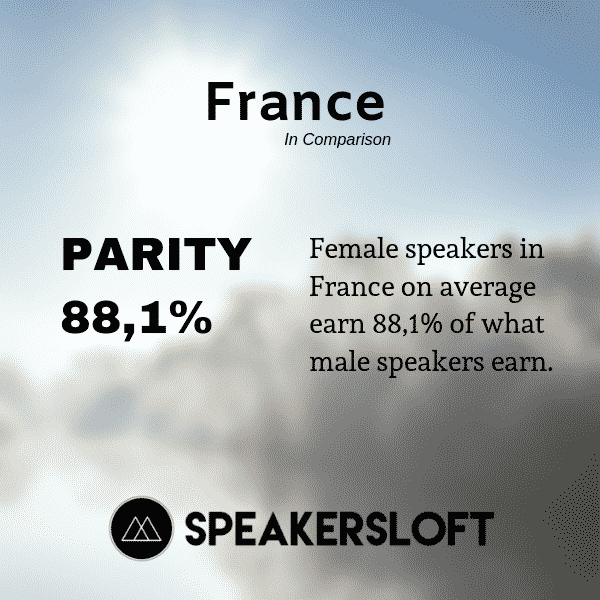 The Gender pay gap in France is doing quite a bit better than the USA and much better than Germany.
Female speakers earn on average 88,1% of what their male counterparts earn on speaking.
The French government came up with a plan to reduce the gender gap even further from 2018-2022. By doing this, France is expecting to lead by example and hope to make other countries follow. This is part of what makes public speaking in France so attractive.

Most popular topics in France

The French people has a strong culture of innovation, and it is no surprise that they cherish technology.

Business speakers make the same in France as in Sweden, where Business is the hottest topic.

You can read more about Speaking in Sweden right here. 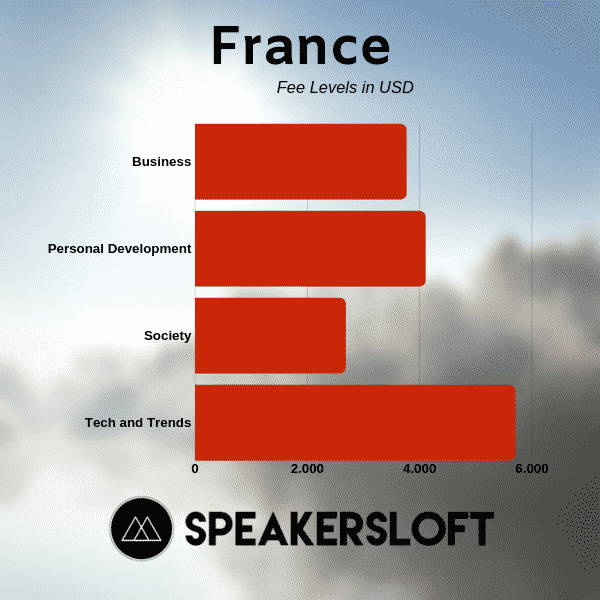 If you need to reach out to a bureau in France, we suggest visiting A-Speakers.

Reach out to A-speakers France to learn much more about public speaking in France.