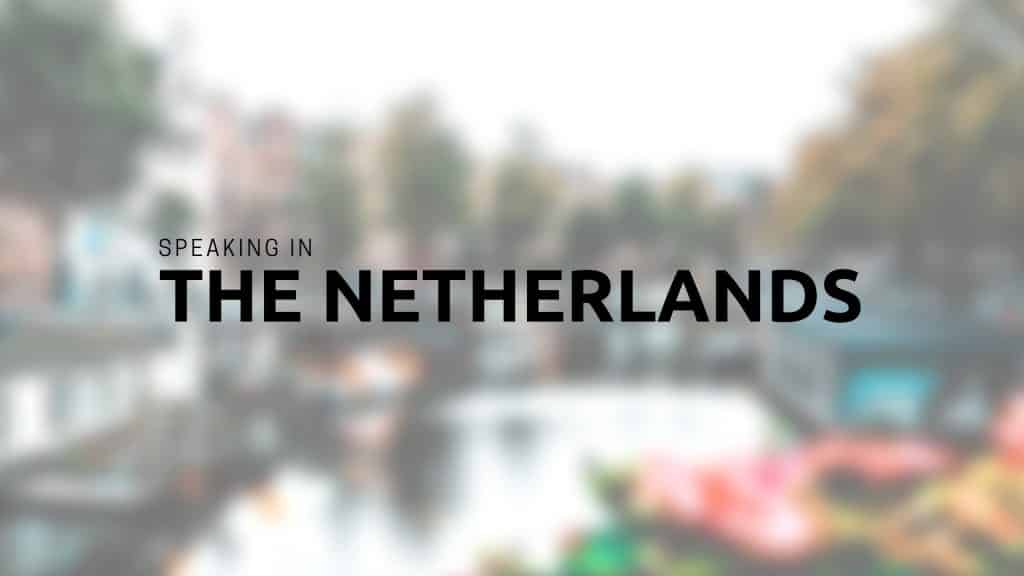 If chance has so ordained that you are going to visit The Netherlands as a public speaker, you are in for a treat. But not necessarily a hefty fee. Read on to see why speaking in The Netherlands is not quite as attractive as speaking in the neighboring countries.

Although commonly associated with tulips, windmills, and canals there is a lot more to Dutch culture. Having been a massive player on the seas, the Dutch society has transformed into a beacon of liberal policies concerning, for instance, the legalization of cannabis and prostitution. The capital of Amsterdam is one of Europe's primary financial centers. There are roughly 2.4 million people in the metropolitan area of Amsterdam, which is particularly impressive considering that there are roughly 17.5 million people in the entire country that is only twice the size of New Jersey.

Going to The Netherlands as a speaker

Let us be honest. You should not go to The Netherlands as a speaker for the money. Getting a speaking gig on Dutch soil on your resume is a win. Going there to build a network with local experts might also be well worth your time. But when it comes down to money, the neighboring countries may be a better option: 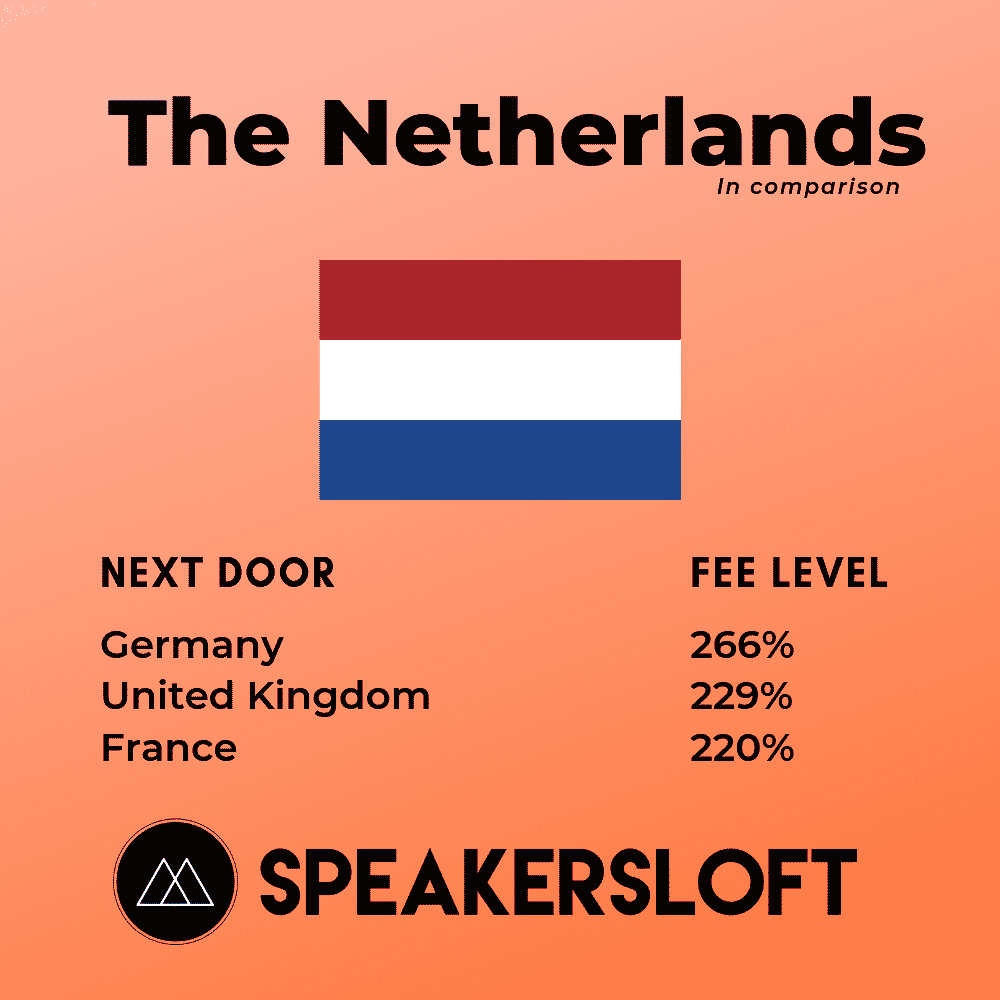 Feel free to share the data, but please link back to the source. 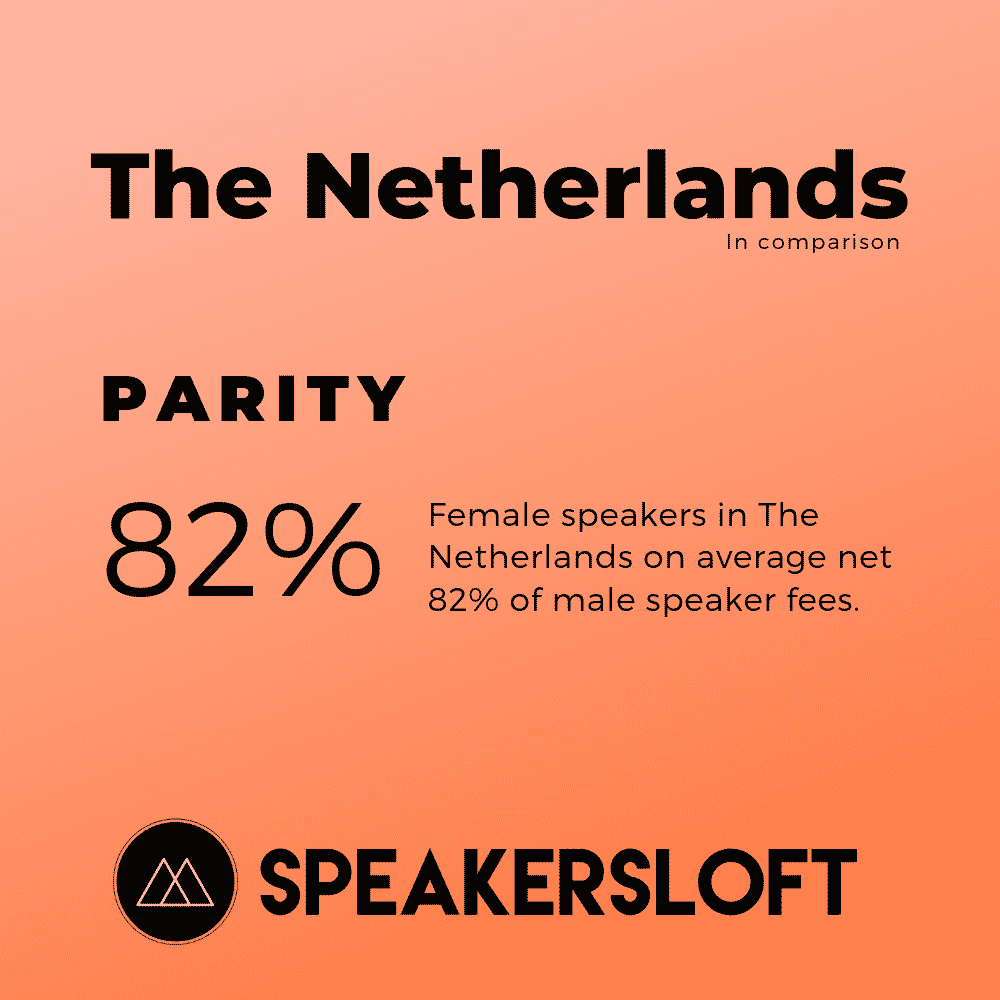 Feel free to share the data, but please link back to the source.

Parity - not quite there yet

It is surprising to see that a country as progressive as the Netherlands still has considerable differences in fee levels. Women on average stand to make 82 cents for every dollar earned by a man. This is a little lower than the average pay gap reported by The OECD (2014 numbers).

Learn the average fee-difference between The EU and The US.
Sign-up here:

The tiny deviations in fee levels across topics in The Netherlands may indicate a market where speaking is undervalued as a product, and stand to make considerable headway in the coming years.

If you want the full story, get the Report on Fee Levels. 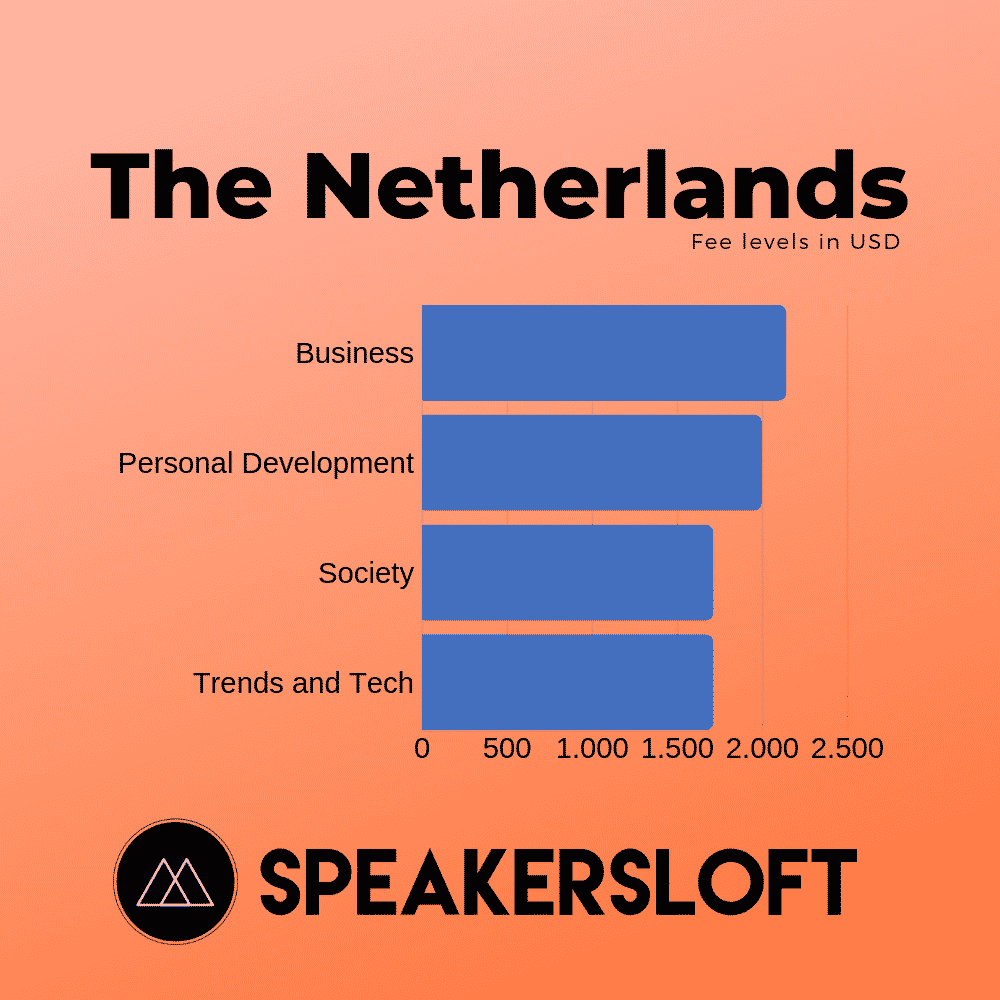 All the data used on this page is based on contributions from our data-partners. We do not rely on un-verified or self-reported data from speakers. If you are interested in contributing to our data-repository or have questions not covered in the above, please get in touch.

Or join us and take your speaking global.

- Access to our FB Community
- Colleagues around the planet

Apply for membership
No results have been returned for your Query. Please edit the query for content to display.